Connecting Elm to Phoenix 1.4 with webpack

Phoenix 1.4 has changed its front end configuration framework from Brunch to webpack.

As of version 1.4, Phoenix has changed its front end configuration framework from Brunch to webpack version 4 (reasons given in this pull request). This means that the way to get Elm connected to Phoenix has also changed since I last wrote about it, so this blog post will re-tread those main steps (read: copy-paste them from the previous blog entry where possible), updating information where relevant.

Don’t forget to re-install the latest stable version of Phoenix when you are done experimenting!

Navigate to http://localhost:4000/ and you should see the familiar Phoenix welcome screen. 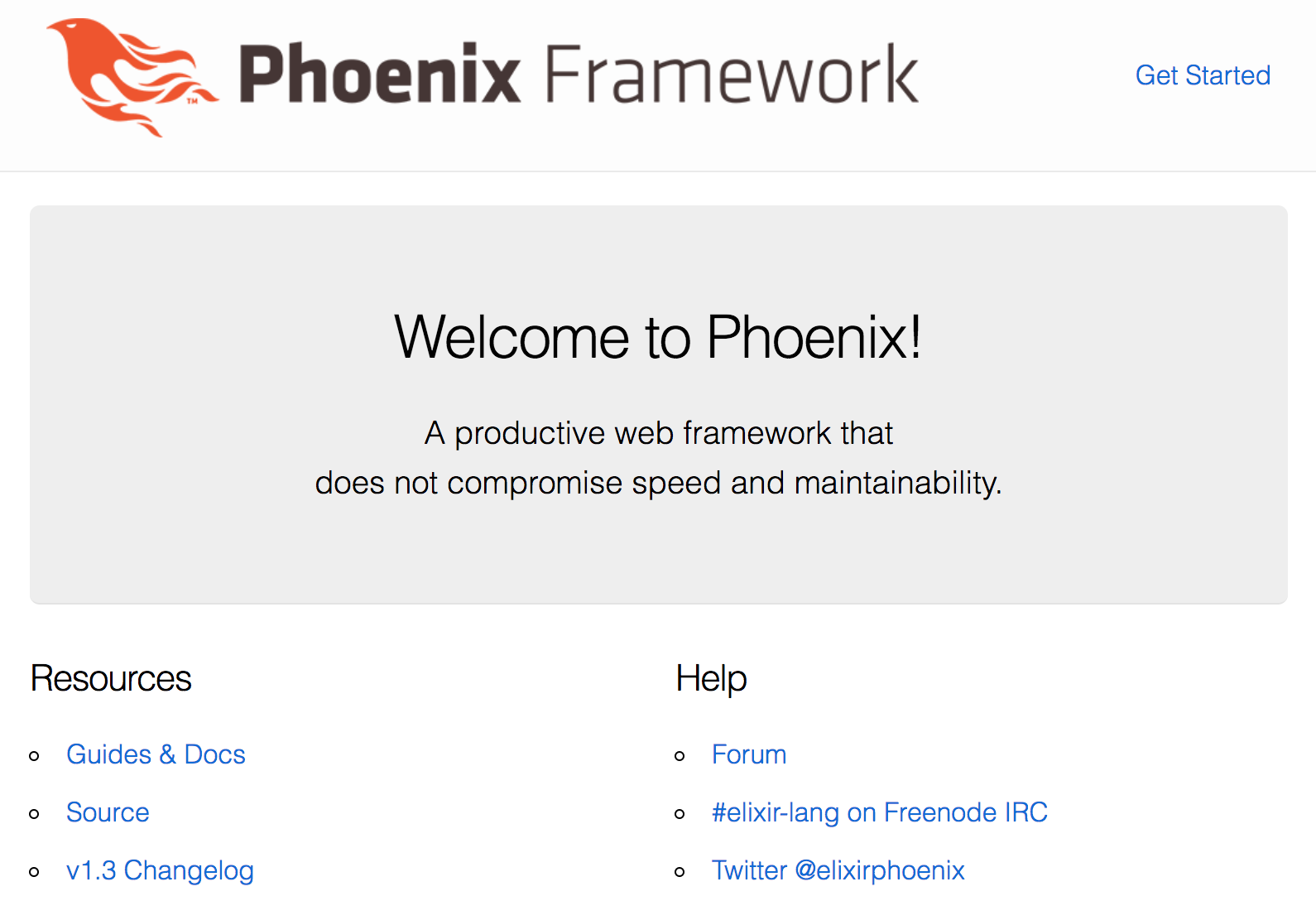 No surprises here. Close down the server, and let’s move on.

Next, in order to help us generate an Elm app with a default structure and sensible configuration, we’ll use Create Elm App (inspired by Create React App):

Generate the new Elm app inside the “front end” of the Phoenix application, which in this case means the assets/ directory:

You should now have an elm folder alongside your js and css folders. Let’s make sure it works as we expect:

Starting the Elm app should then automatically open a browser window for you at http://localhost:3000/, and you should see a message saying that… 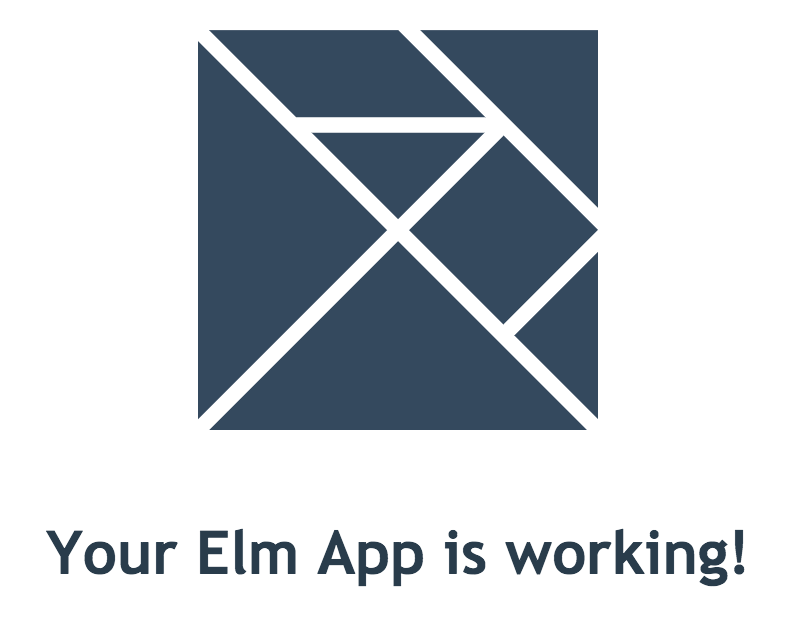 Note that the Elm app is running independently here: it knows nothing about the Phoenix environment that it’s located in, and is happily using assets, like the image that you see, from its own assets/elm/public/ directory.

Now that we’ve confirmed that both the Phoenix app and the Elm app work of their own accord, it’s time to connect them together. Close down the Elm server and let’s write some config.

In order to get webpack to track our new Elm dependencies, we will need the Elm loader plugin. So, navigate to the assets/ folder and install it:

Now, open up webpack.config.js in a text editor and add the configuration rule for Elm files underneath the css rule:

So that we show both Phoenix and Elm working together, let’s keep the default generated Phoenix layout template as-is, and replace the content of the page index template with a <div> tag for the Elm app:

Next, we’ll target that <div> tag and replace it with the content of the Elm app:

Now, run mix phx.server again and navigate to http://localhost:4000 to see if we’re in business:

Well, we’re pretty much there: we can see that the Elm app is being rendered in the template, but we’ve got a broken image. This is because that image currently lives inside the Elm app at assets/elm/public/logo.svg, and Phoenix doesn’t know anything about compilation of static image assets within Elm applications: it’s looking for assets under its own assets/static/ directory.

The path of least resistance here is, I think, to move all assets to where Phoenix is expecting to find them, and change the Elm code to point to them.

Then, change the Elm code to look for the image in Phoenix (/images/logo.svg), rather than in Elm (/logo.svg): 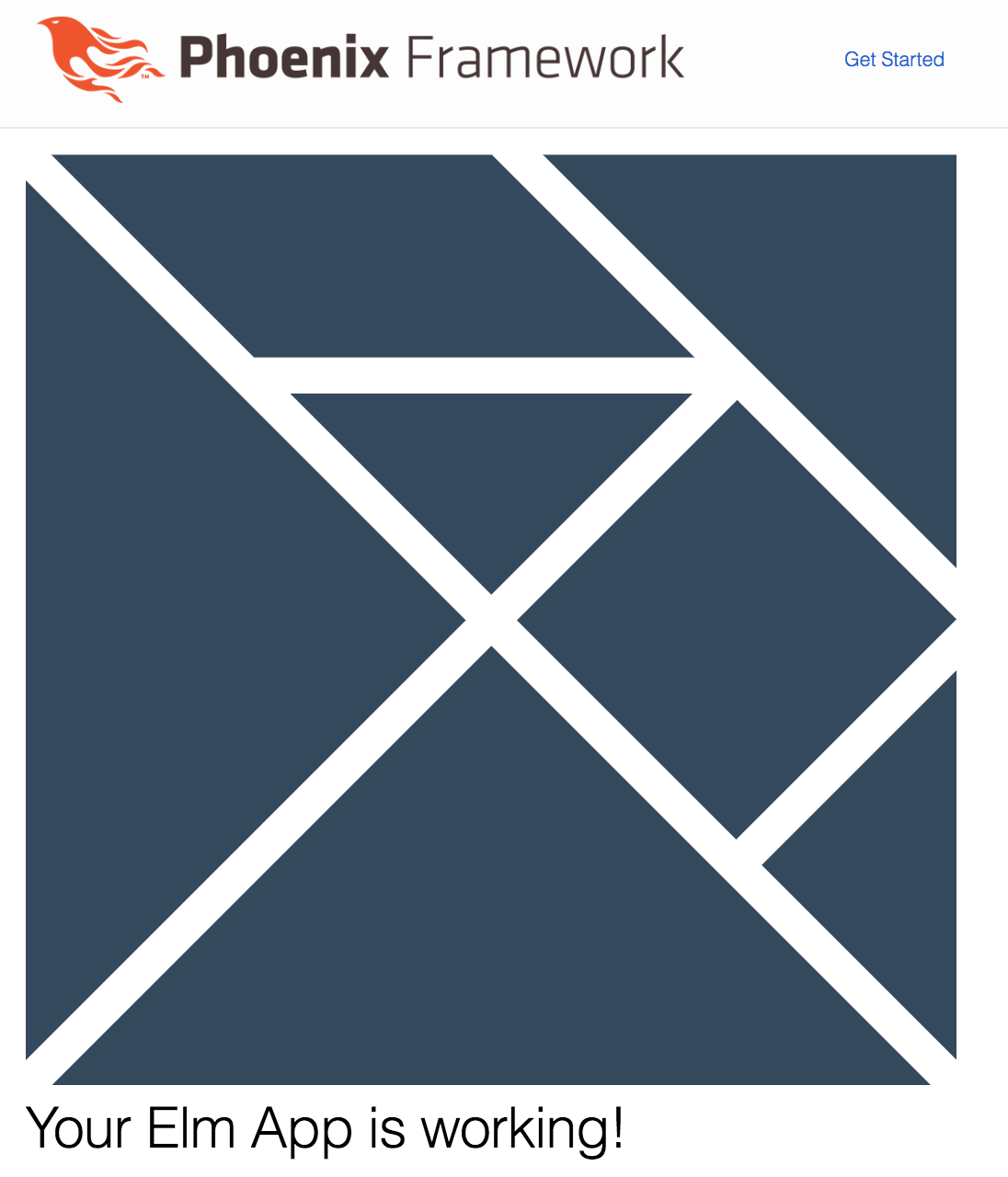 At this point, everything is technically working, so you can happily continue your application bootstrapping, but if you need to have the styling on this screen pixel perfect before finishing, read on.

Currently, the Elm app has some styling in assets/elm/src/main.css, and Phoenix has its styling in assets/css/app.css. However, if we have a look at the top of assets/js/app.js, we can see that only the Phoenix CSS is being imported, and hence loaded, by webpack. So, let’s see what happens when we get webpack to load the Elm application’s CSS file as well:

Re-start the app and let’s see what happened… 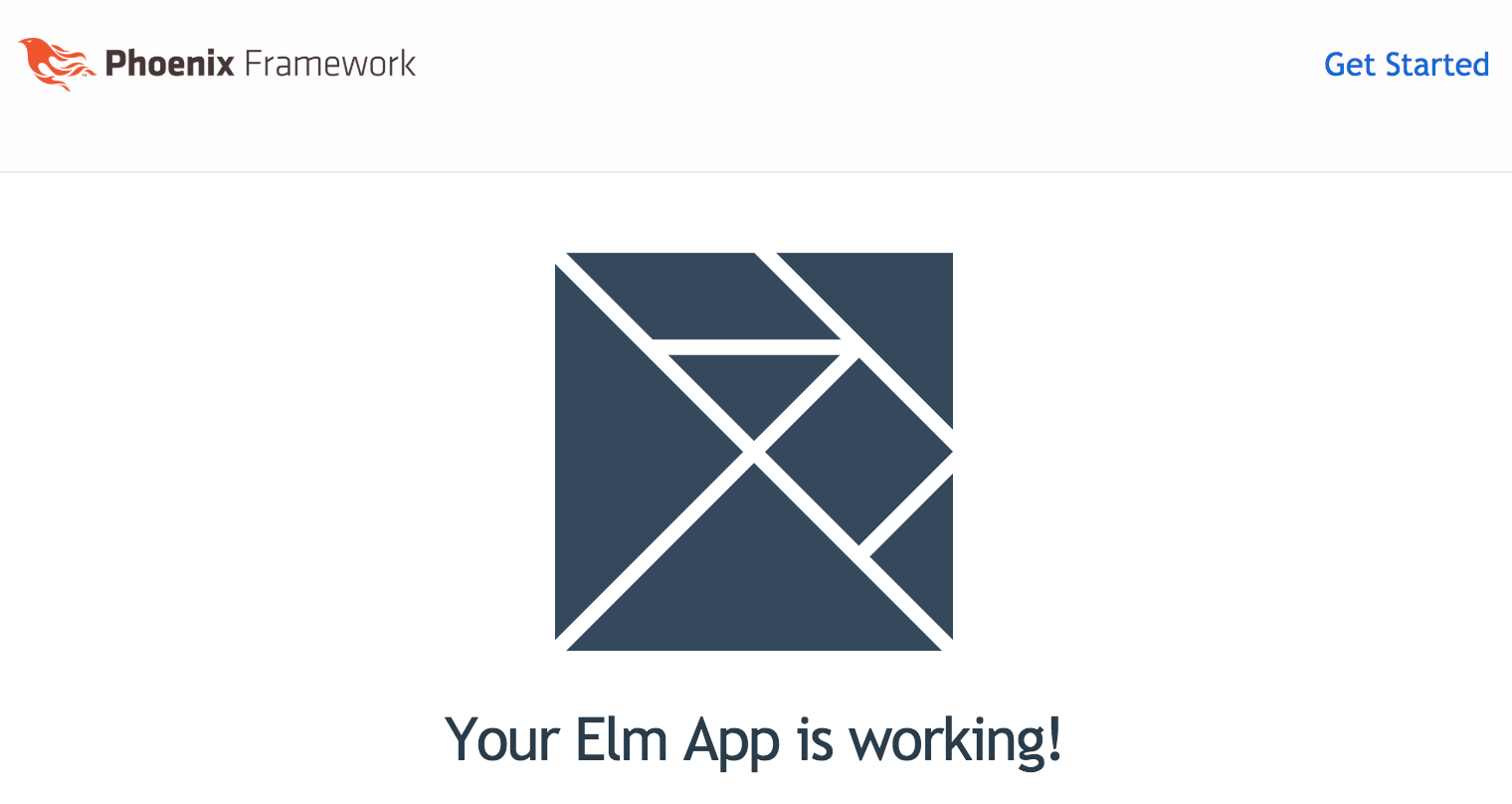 Well, the Elm app styling looks like we would expect, but some of the Elm styles would seem to be overriding the Phoenix styles, so let’s see if we can take the path of least resistance in fixing this (since this is all only temporary anyway…).

First, give the Elm logo a HTML id so we can target styling on it directly:

Then, give the Elm styles some minor tweaks from their defaults…

Re-start the app, and… 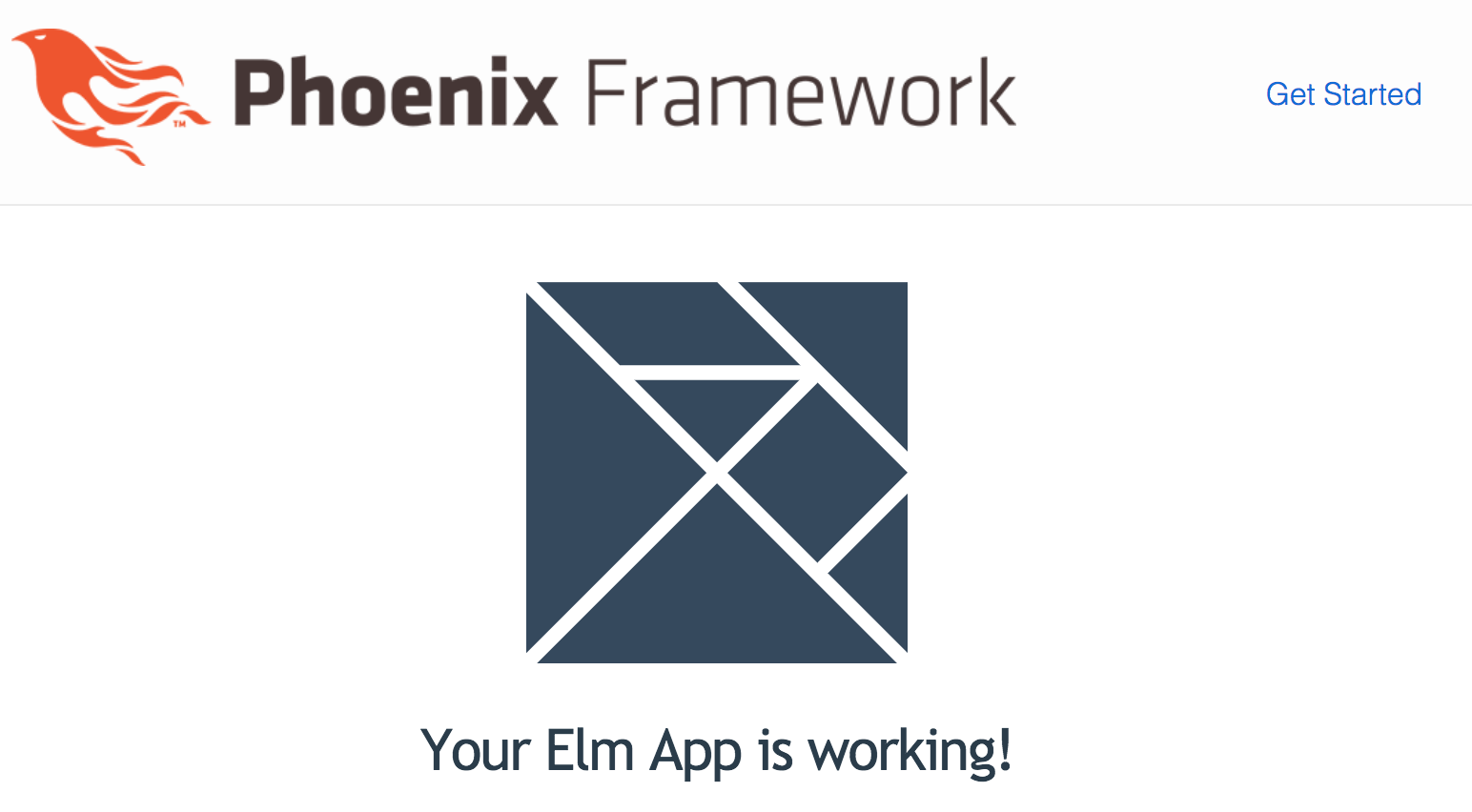 That looks about right. Now, you can get down to the business of ripping it all out again, and start building out your own Phoenix-and-Elm powered app! 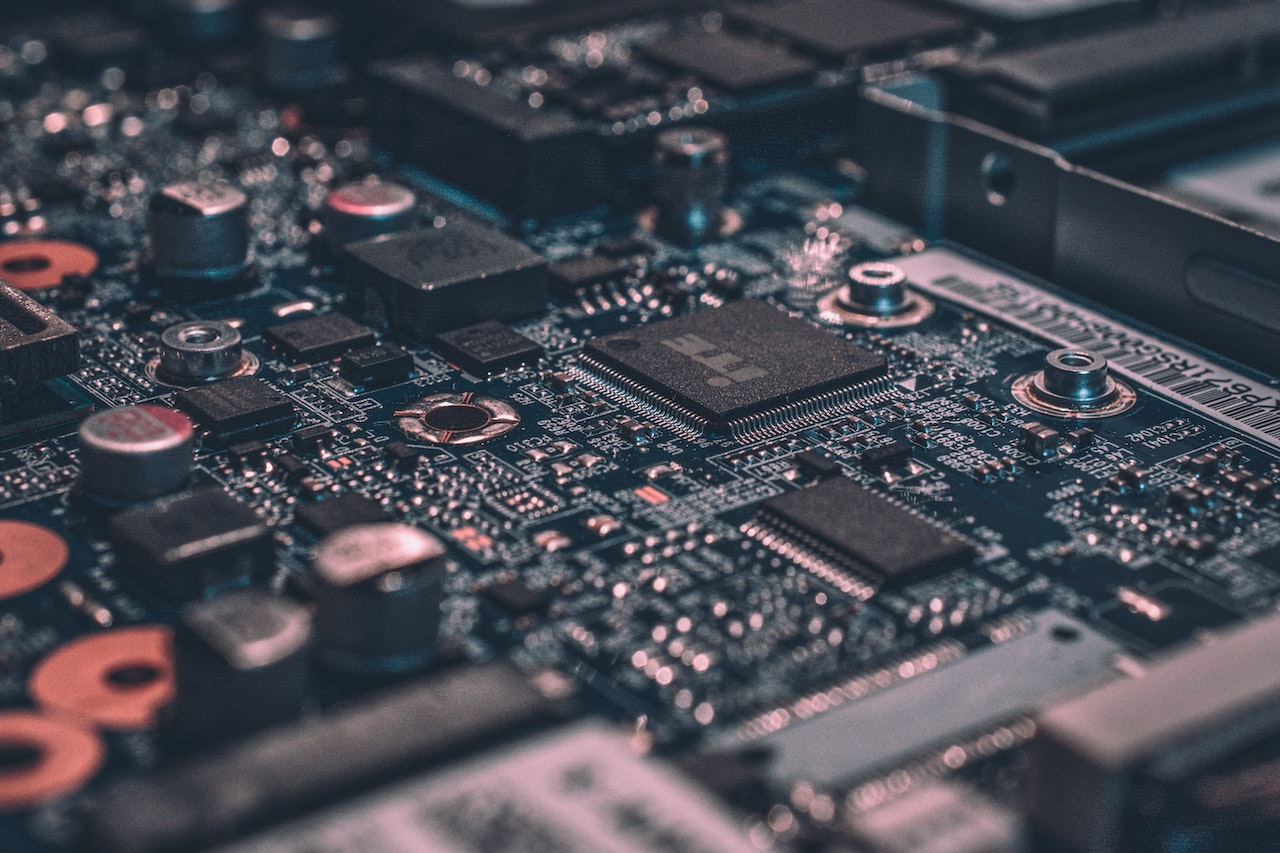