A long SQL query in a database far, far away….

Not whiteboard coding tests, or generic algorithm tests that read more like math problems (usually set by “tech recruiting platforms”, and performed under exam-like conditions), but “take-home” tests where you get to build something practical in a specific technology stack.

They can be fun and stimulating in the same way as answering questions on Stack Overflow, or solving problems on learning platforms like Exercism, and can also be good fodder for your online coding portfolio. I find I nearly always learn something new, or a different way of doing something I may already know, that makes me re-think the way I have solved a problem.

In this instance, a friend sent me Sentia’s coding test to check out, and simply because I felt like I had not begun a Ruby on Rails application from scratch in a long time, I decided to take a crack at it. So, here is my review of that attempt.

Here are the public links for the deployed application and codebase:

Disclaimer: I am not, nor have ever been, an employee of Sentia, nor have I ever applied for employment there, nor is this post some kind of attempt to get them to employ me; I just did their coding test for my own definition of “fun”.

If you are applying there, or plan to in the future, you may want to stop reading, and consider pretending that this blog post (and all the other solutions people have posted) does not exist, so you can greet their coding test with fresh eyes (assuming this one is still being used…)

You will be required to create a Ruby on Rails application with the following features below. The sample CSV data required for the test can be found here. This application can be built in 1 hour.

Below is a list of user stories and requirements for each section of this application.

As a user, I should be able to upload this sample CSV and import the data into a database.

Once the test has been completed. Please upload to Git Repo/Google Drive/DropBox or zip and email over back to <person> at <person’s email>. ∎

The sample CSV file contains the following data from a galaxy far, far away….

First thing’s first: let’s address the elephant in the requirements:

This application can be built in 1 hour.

If this is true, then I am a terrible developer.

It took me a fair bit longer than that to write working code as-per requirements, debug the requirements (more on that later…), get it deployed somewhere on the internet, and refactor the code to a state where I would be happy to submit it for public consumption and criticism (I was still refactoring it while writing this post).

If the intention is for someone to complete as many of the requirements as they can within that fixed 1 hour time frame, with the end result considered through the lens of that artificial constraint, then that should be made explicit.

Regardless, I think it would probably be for the best to just remove that line, and allow candidates attempting this test to just focus on submitting their best attempt, and keep imposter syndrome at bay for that little bit longer.

Since the requirements around this application focus on it being a Ruby on Rails application, I decided to go as “vanilla” as possible with Rails.

This meant no explicit addition by me of any custom Javascript, or any front-end frameworks that use it, to help out with things like filtering or sorting information.

I also tried to add the least amount of third-party non-Rails-default gems as possible, only using:

Since interface design and making things pretty in general is a weak-point for me, I used this test as an excuse to give Tailwind CSS a try in order to style everything on the page (I have used Tachyons before on other toy projects, so I am generally positive to the utility-first CSS concept), as well as use Tailwind UI to (hopefully) grab ready-made code for certain types of components.

For the most part, this was true for the following parts of the app:

But, as would be expected, it was not all quite as simple as plug and play. Integrating Tailwind into the Kaminari-generated pagination views probably took the most amount of time. But, I got there in the end, and am generally pleased with how it looks for the time spent on it.

For the most part, I left any long Tailwind-mnemonic-filled class strings as they were in the Rails view files. However, when those strings became too long, and generally difficult to read, I extracted them into separate SCSS files using Tailwind’s @apply directive (see files under the app/javascript/stylesheets/ directory). I think I will likely continue to use this kind of strategy in the future with Tailwind class strings.

Overall, I am happy to have been able to stand on the Tailwind ecosystem’s shoulders to build out the user interface, and will definitely consider using it again in future projects.

Turning our gaze towards the provided dataset that the application must be able to import, there is no doubt that the CSV file deliberately contains some corrupt/bad data that you are meant to be able to program defensively against.

My general intentions were to only not import an entry where the requirements specifically said not to (i.e. a person without an affiliation should be skipped), and where the data could not be reasonably munged into an acceptable format.

So, this meant that Lightsaber~!@@@ could just be stripped of non-alphanumeric characters and become a valid Lightsaber weapon, but there were also issues around mis-spellings in the data, where I needed to give the application more knowledge around what kind of values it could expect to find in the CSV file, and what those values actually should be.

This occurred in the form of a Hash that maps values known to be found in the CSV file to their correct values:

I am pretty sure that Yoda does not own a pet Jabba.

Anyway, it is not possible for me to tell whether the introduction of these mis-spellings was deliberate in order to see if a candidate picked up on them, but I am going to wager that these were actually just typos, and the necessity for this kind of handling was not intentional.

Under C-3PO’s entry, the value for the Vehicle is given as -1: an obvious ploy to make sure that you do not actually store this value in a Person’s vehicle field.

However, if -1 is not a valid entry, it then stands to reason that I cannot trust any of those values in the file, and, therefore, need to give the application advance knowledge on what vehicles it can accept as valid.

This meant that for a Person entry, I ended up making every value provided for a non-name-related field an enumerated type: both in the application, and at the database level.

The fact that there was the spelling mistake for Yoda’s location also made me assign enumerated types for the names of Locations and Affiliations. The application really does have too much advance knowledge of the limited scope of valid values it could get from the CSV file, but I did not see any other way around this while still ensuring data correctness.

The requirements assume that the name values in the CSV file can be split out into first_name and last_name, which, taken at face value, they certainly can.

However, this leads to the issue of having a table that looks like this for some values:

So, although not part of the requirements, I figured that this meant the application really needed to deal with the concept of name prefixes (titles etc) and suffixes (you may have noticed their inclusion in the screenshot above).

Also, for names like Jabba The Hutt and Jar Jar Binks, without the application knowing in advance that “The Hutt” is a suffix, it would not be able to tell the which words in either of those names comprise the first_name or last_name.

The ability to deal with the name situation was made a bit more straightforward thanks to Ruby 3.0’s pattern matching capabilities. The parse_name method below returns an array containing [prefix, first_name, last_name, suffix]:

Something like the method above is, of course, doable without pattern matching, but I think the terseness above really helps in understanding how specific data shapes are pin-pointed, and then transformed into the desired output.

Having spent more time with functional languages like Elixir and Elm recently, I definitely found their influence creeping into the way I want to write Ruby.

I definitely do not consider this a bad thing, nor do I (subjectively) think that the code reads less Ruby/Rails-like as a result (though I have, happily, challenged some Rails conventions). But, let’s have a look at some examples of main the Person-related controller and model of the application and you can judge for yourself.

A few notes about this code:

A few notes about this code:

Although I do think there are areas where the coding test requirements could be improved, particularly in the data set, overall, I am left with an overall positive impression of it since it was the catalyst for me to:

So, if you are looking to up your coding game whilst padding your online portfolio, I can definitely recommend using coding tests as a way to do so! 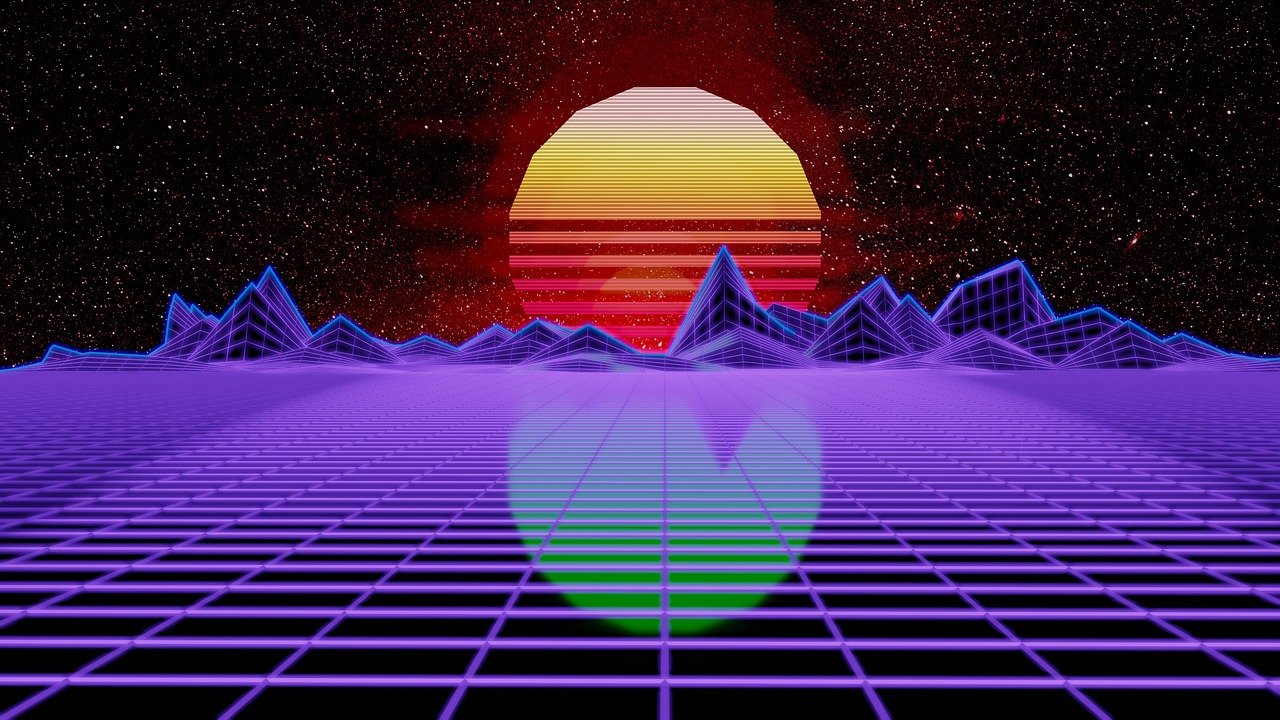 Tech moves pretty fast. If you don’t stop and do a side project once in a while, you could miss it.

Will the Big Bad Wolf thwart The Three Little Pigs from getting a passing test suite?

Stenography Numbers on a Georgi

Adapt your steno habits from using a number bar to a set of thumb cluster number keys. 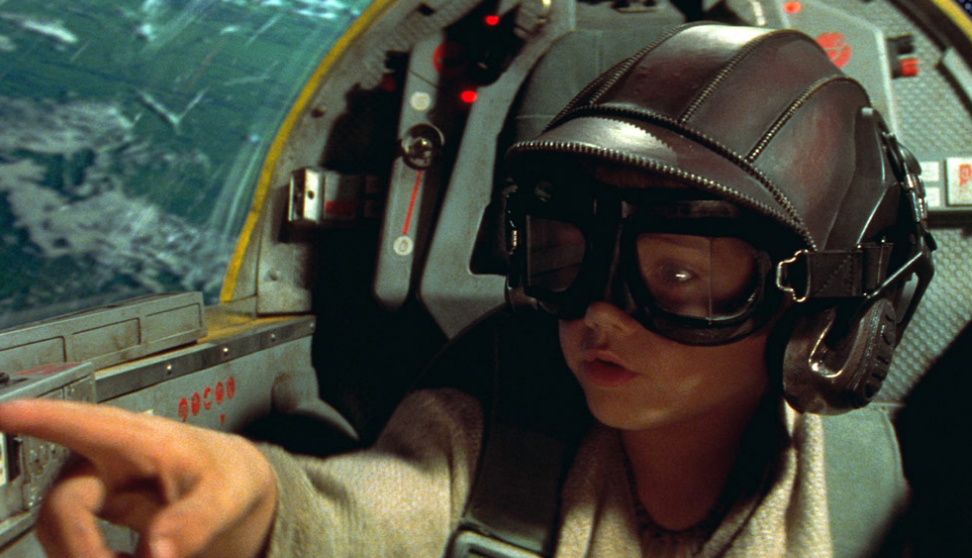